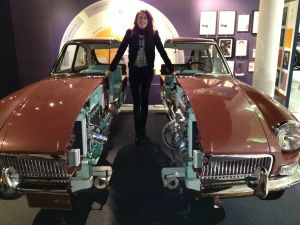 Jessica  was an international model for 12 years, walking the catwalk for Dior, Lagerfeld, Paul Costello, DKNY and many more. Her magazine credits include Harpers and Queen, Tatler and Cosmopolitan. She has a degree in Fashion Design Technology and lectured at the Victoria & Albert Museum on the legacy of Christian Dior. Jessica lives in the Cotswolds and shares a BMW 3 Series coupe with several mice. She learnt to drive on her mother’s farm in a Range Rover and her favourite car is an Aston Martin. 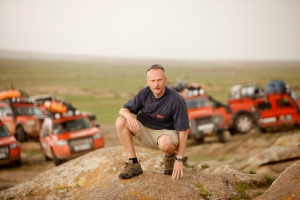 Jeremy Taylor is a freelance motoring and lifestyle journalist who writes for the Sunday Times,  Telegraph Motoring, The Financial Times, Autocar, Country Life, Rolex Magazine, Square Mile, The City Magazine and many other titles.  Jeremy lives in the Cotswolds and shares a 1972 Land Rover with his Hungarian Viszla, Malin. Unfortunately, he learnt to drive in his father’s orange Datsun 120Y. His first car was an Alfa Romeo GT Junior, which rusted to the driveway. Among his favourite vehicles are the Eagle E-Type, McLaren 720S and the Morgan Plus 8.