The only chance I get to drive off-road these days is taking my lawn cuttings to the farm compost heap. Today I did it in luxury – gliding down the rutted track in the Range Rover.

Sometimes you forget how good this vehicle is in the dirt. The Rangey is classed as ‘luxury SUV’ and shamefully, few owners will ever engage the Terrain Response off-road software.

If they did, they would discover just how far off the tarmac you can travel in such a large and heavy machine. You will lose your bottle way before the land Rover gives up.

All this is done inside a beautifully appointed cabin, listening to The Archers on the radio and relaxing in sumptuous leather seats. Farmers never had it so good.

Nothing comes close, wherever you want to drive it…

Sixteen years ago I decided to live in a car for two days. Unfortunately, it was a Ford Focus estate and my company was a particularly smelly journalist with bad teeth.

It was as difficult as you can imagine – everything had to be ‘done’ in the car for 48 hours. I mention this because I can say that goday, there is no other vehicle I’d rather spend 48 hours in than the Range Rover.

Headroom in the cabin is so high I can almost walk about. The Autobiography has a TV system in the rear, the seats recline and are heated. I mean, what else could you want?

It’s much more comfortable that flying long distance to Australia – and with a drive-through Costa near here, the food isn’t too bad either.

You can’t claim the Range Rover Hybrid is green enough to help save the lush fields of England. No, no, no.

It is, after all, equipped with an electric motor so small that it would barely power an electric toothbrush (by the way, one of the few features not fitted as standard to this Autobiography model).

Instead, the real grunt of the Hybrid comes from the same 3.0-litre TDV6 fitted to the standard Rangey, which without the £10,000 hybrid technology, returns 40.9mpg and emits 182g/km of nasties.

The Hybrid by comparison returns 44.1mpg and emits 169g/km. Slightly better but nowhere near good enough to beat the London Congestion Charge – and only saves a meagre £20 on your annual road tax bill.

But you wouldn’t believe the amount of interest I’ve got in this particular Range Rover over the weekend. It’s like driving an SUV powered by a wind up elastic band.

I suppose we’ve always thought of Range Rovers as gas-guzzling monsters. But while the Hybrid version may not be perfect, it does show the direction Land Rover is travelling.

There are few clues that this Range Rover is equipped with electric technology. A discreet badge on the boot reads ‘Hybrid’ but otherwise this looks like a standard diesel version.

And that’s just the way Land Rover want it. The Range Rover is the company’s most conservative model – any change is greeted with scepticism.

In truth, it’s also hard to tell the Hybrid is being powered by a 47bhp motor when driven too. It may start silently but any pressure on the accelerator swiftly brings the 292bhp V6 engine in to play.

To really get any benefit from this model then you need to live in a stop-start city environment, long for improved fuel economy and have a strong will to be greener than other Rangey owners. 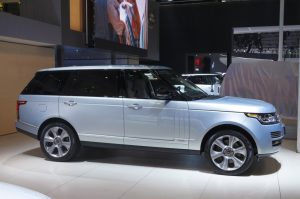 Bolt may have another gold to hang on his bedpost today but the story that caught my eye was a hotel in Lapland offering a dream job – watching the Aurora Borealis.

More than 200 people applied for the position in Finland last year and now it’s up for grabs again. Sadly it doesn’t come with a Range Rover as a company car.

Shame because even I would be tempted if that was so. Few Range Rovers hit the dirt these days, even though we all know it is THE machine for handling the rough stuff.

There’s tons of onboard technology to cover any terrain but unlike many rivals, the Range Rover cabin doesn’t scream about them.

It’s a classy place to sit, beautiful in all areas and better than a Mercedes S-class. If only they had one on offer in Lapland… 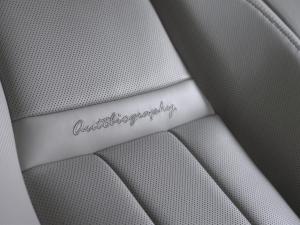 Let’s get one thing straight. The electric motor in the Range Rover Hybrid isn’t designed to pull the king of SUVs along at a smart pace. It very much works in tandem with the V6 diesel engine and can only move the Rangey for one mile under electric power alone.

The battery is recharged under engine deceleration and working with the diesel unit offers the same kind of performance as the larger, V8 diesel. Plus much better economy.

It’s also rare to trundle around the streets in silence in the Hybrid because even the slightest acceleration makes the diesel unit kick in. If you drive most of the time in the country, opt for the standard V6 diesel instead because the Hybrid will offer no benefits.

Still, the 44mpg economy is impressive for such a large car and those rare moments when the electric motor does take over are almost worth the wait… 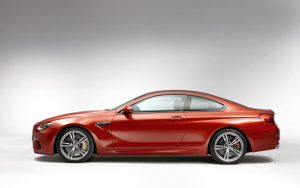 Some people think the age of big-engined, normally aspirated V8s is coming to an end. Even Porsche is going small turbo instead – are car’s like our BMW M6 the last of the dinosaurs?

Well, I for one hope not. I’m reminded of that wonderful piece-to-camera Clarkson did with the Aston Martin Vantage V12 a few years back. The car made him sad because he knew it was the end of an era.

There’s nothing like the rumble of a 5.0-litre monster on start up – the massive grunt when you floor it and the shove in your back. Somehow a turbo just doesn’t do it the same.

Car Couture is off to Australia today to try another potential dinosaur – the Jeep SRT. A 6.4-litre SUV that’s available in the UK but hugely overlooked. Join us in a few days for a 1,500-mile return trip up the Coral Coast…

According to my calculations, the BMW is the most expensive petrol car that BMW sell. There is the i8 but that boasts hybrid technology that always adds to the bill.

M6 is certainly worthy of the honour. More stylish than the M5, hugely practical for a coupe and very, very fast. The 4.4-litre twin turbo at the heart of this wonderful machine is sensational – considering the car weighs two tons.

All coupes are designed to seduce and M6 has plenty to lure you in. The sumptuous interior, squat profile and handling that belies its size makes this a fantastic drivers car.

The steering, engine and suspension can all be adjusted to suit conditions – including beating the Audi RS7 in almost every department… 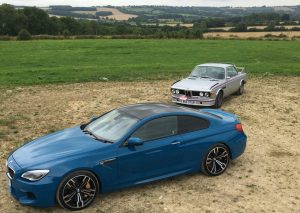 I have to declare an interest from the start. The last car I owned was a 630d – it took me 48 years to find the perfect car for my needs but we got there in the end.

Now I’m testing the Big Daddy version. The rumbling M6 V8 that looks and sounds discreetly powerful without upsetting every other road user.

It would be easy to argue the case for other fast coupes but when it comes to styling, I think the 6 Series is difficult to beat. It’s also very roomy, beautifully screwed together and ‘feels’ like a refined muscle car.

Not sure who is going to pay £93k to buy one but I digress. The M6 is a masterclass in performance with discretion – especially in an age of noisy ‘sport’ exhausts and in your face styling…

Surely it’s the old chaps with beards who would love the Batmobile best? I was wrong. Parked up at the Silverstone Classic, it was the younger generations who went weak at the knees over the spoilers and decals.

I thought I was going to have to drag one woman out of the passengers seat – she was slightly drunk but fell instantly in lust with maddest BMW every built.

I’m also sure some of the teenagers who came to talk to me just thought I had bought an old Beemer and gone a bit over the top with the spoilers. Most were horrified and when I told them the car was worth about £150,000.

To me, driving the Batmobile just made me realise how much cars have improved in 45 years, especially when compared to our incoming M6 test car .

I could drive the Batmobile a long way. It’s soft, comfortable and not that noisy. It took me back to a time when you actually had to ‘drive’ a car – not just press a button and let technology take over.