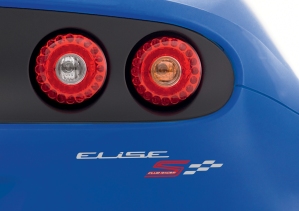 “In short, it’s a little animal…’ says the press release. I already have two, little animals at home but after 30 minutes in the Elise, I think I might find space for another one.

The S Club Racer was only launched at Goodwood Festival of Speed last year. It’s primarily aimed at enthusiasts who want an ‘off the shelf’ track car.

If you think Caterham 7 then you won’t go far wrong. You could use the Club Racer as an everyday drive but you would need an osteopath by the end of it.

However, you would die of pain with a smile on your face because despite the rock hard seats, the minimalist interior and impracticalities, it’s bloody great fun!