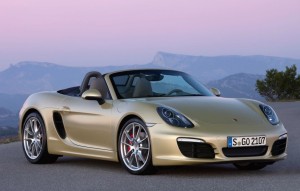 It could be the meddling hand of God but the only hint of doubt I can find in the workings of the Porsche Boxster is hidden in the brain of the satellite navigation.

Yesterday I travelled to the Leon Paul Fencing Centre in north London, to interview the new European foil champion, James Davis. Oxford, M40, north circular would seem like the obvious route and it was, until satellite navigation got involved for the last mile.

While Davis was waiting for me at the centre, the Boxster incorrectly directed me off the north circular and up the M1 towards the north! It was a ten mile drive to the first exit, then ten miles back to where I started.

Infuriating? Yes, especially as system them took me off on another random route that was another waste of fuel. Of course, we’ve all had random moments like this with sat nav. But I’ve come to expect better from Porsche and besides, this is a £55,000 car!