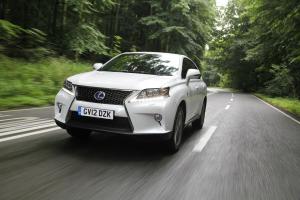 So I’d just finished filling up my Lexus RX in Whitney today (still grumbling over a hybrid that only manages 30.8mpg) when an elderly lady next to me asked if I would show her how to take the fuel cap off her new car.

Judging by the state of the interior, I’d say she’d owned it for years but being a decent chap, I showed her the mechanism. It soon became apparent that she could barely see the car, let alone the filler nozzle! She was so shortsighted I honestly wondered if I should call the police.

It didn’t end there, as I moved back towards the Lexus to fetch my wallet, she then asked if I would fill her car up for her. This presented me with something of a dilemma – should I be polite and oblige, or explain that she really needed to understand how to fill her own car up for the next visit to a filling station.

I opted for the second option. After paying, I returned to my car and there she was, holding the key out to me so that I could put the cap back on again. This struck me as weird but we’d love to hear from anybody else who has had an equally bizarre experience at a petrol station…