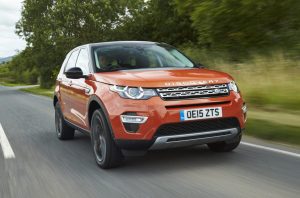 The Germans won’t agree but the Disco Sport is just about the best car in it’s class. Tons better than the Freelander it replaced – now fitted with a 2.0 Land Rover ‘Ingenium’ engine instead of an ageing 2.2 diesel.

You just have to consider the costs of all the ‘must have’ options before running away with the idea of Land Rover ownership. It’s a mini Range Rover, less glam than the Evoque but still with a cabin that reeks of premium.

Complaints? Just that 2.0 engine which, although considerably better than the outgoing unit, just lacks a bit of punch, even in 180bhp guise.

Whether you can live with the orange paint job of our test car is another matter! Settle for a nice gun metal grey and the Sport looks superb…