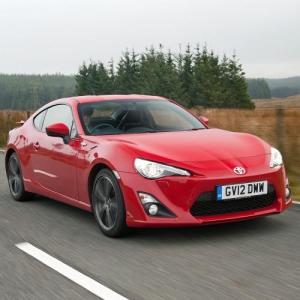 I’ve just been watching a Toyota commercial on YouTube which was banned in the UK. It’s animated and shows a ‘man in a suit’ driving his standard issue, dull car around a city. Bored with the electronic wizardry that has sucked all the pleasure out of his motoring, he then discovers the GT86.

I’m imagining it was banned because of what follows next. He climbs in the Toyota and screams around the city, rather fast and in a terribly naughty way. Because it flouts every road safety rule in the book, the ad was not allowed on your television screen.

Madness. The advertising standards people obviously haven’t watched an episode of Top Gear. You probably have a teenager in his bedroom right now playing a cyber war game that makes the Toyota ad look like an episode of the Magic Roundabout.

It’s simply enough to find the GT86 ad on YouTube – have a look and see what you think. I won’t be screaming around a city centre in such a reckless fashion but I can tell you the GT86 is the most exciting car I’ve driven in a long time…