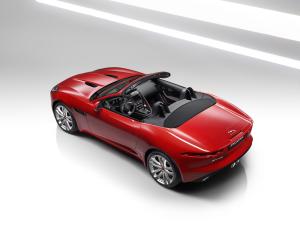 You don’t expect sunshine on a British Bank Holiday, right? Lashing it down here in the Cotswolds, forcing a man to open a bottle and watch an old episode of Top Gear (back when they looked like they were enjoying themselves).

Richard Hammond driving an F-Type Coupe R against JC in a BMW M4 proved interesting. Despite a massive advantage in horsepower, the Jaguar was stuffed by the M4’s superior handling.

These days, cars are so fast that I’m starting to subscribe to the philosophy that it’s not how fast a car goes, more how it goes when travelling fast.

We have the M4 coming soon to Car Couture in September but at present, I’d still opt for the Jaguar. Like the convertible on test this week, it looks way prettier and offers more drama than anything from the German stable.

Well, apart from the i8, which is really just a masterclass in technology rather than a true supercar…