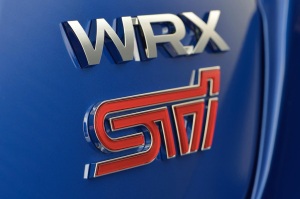 There’s a bejeweled saloon parked outside – splattered in spoilers and bling like a blonde-haired girl in a mini-skirt, tottering around on white stilettos.

Driving the WRX around the Cotswolds is the automotive equivalent of Richard Gere dating Julia Roberts in Pretty Woman.

That huge air intake on the bonnet and comedy spoiler on the boot don’t sit easily with me. Especially when more conservative monsters like the Golf R and BMW M135i are equally impressive contenders.

At least there’s nothing retro about that burbling 2.5-litre engine. It sounds fantastic and turns heads for the right reasons. A week of sideways fun ahead? Sounds good to me…